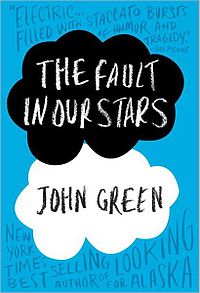 I read the book and watched the movie. Despite the fact there were some things in the book left out of the movie and the ending was slightly altered (pet peeves of mine), I rather enjoyed both. You can imagine my surprise when I find several negative comments on the book. Granted, I have agreed with some of the complaints made. One of my biggest problems was that it was predictable, even though I didn’t really find a whole lot of mention in this regards. Most of what people have complained about are the characters, which I find interesting. I found this detailed review on Amazon that peaked my curiosity, mostly because the reviewer mentioned several people he knew who had either survived cancer or died from it, but none of them were teenagers. As I read over all these negative comments, I have to wonder how many people took that into consideration when reading the book. We all know, every one is different. Teenagers in the eighties didn’t speak the same way teenagers do today. So why should teenagers facing death act the same as adults facing death? I think that is part of the point the book makes. And the fact that some of what Hazel and Augustus say are a bit overthought offers a little bit of humor in something that is naturally grim. I can’t say I’ve read any other novels by John Green, but I’m inclined to do so. As for all the naysayers, I believe GothicJossMinion said it best, “Please also remember this is FICTION, so fictional characters can be more poetic, more metaphorical because maybe that’s what we need them to be. Just because we all saw the end & Twist coming doesn’t mean it wasn’t a journey worth taking.”