A few days ago I saw this link in my Facebook feed questioning how best to respond to bullying. It’s a debate that has gone on for years. Typically, there are two options: flight or fight. This particular article showed a video of a kid who’d chosen to fight back.

The article questioned if he’d done the right thing. As I said, a debate that has gone on for years. But it got me to thinking about a review of my first book. It was plain and simple, “Slut-shaming. Blech.”

Now, initially I wondered exactly how far the reader had gone. I thought maybe they missed the entire point of the novel. There are two scenes where the reviewer may have gotten this idea from.

The first, Bella is once again being picked on by Heather. Instead of walking away, Bella finally stands up for herself. (Whole scene not included.)

They normally poked fun at her clothes, so this wasn’t unusual behavior. She hadn’t worn anything different today than she had the day before. A dark denim skirt, a short-sleeve turquoise button-up trimmed with lace, and brown flats. Like always her hair was braided and hung down her back. Bella dug around in her locker. What was she looking for?

“You know, with all these rags, I’m really curious what your brother sees in her.” Missy crossed her arms and popped a hip out.

Heather snickered. “That’s easy. He feels sorry for her.”

They could make fun of her clothes or call her names, but she would be damned if they insulted what someone may feel for her. Bella’s hand tightened around a book. She stared at the book and imagined smacking Heather upside the head with it. Unfortunately, the suspension from school that would surely follow would suck. Inhaling deeply, she slammed her locker shut and turned around. “Listen up and listen good. I don’t give a rat’s behind what you think of my clothes. I know why you pick on me. I have something you don’t.”

“Shut up! I’m not finished. I have pride in who I am and I stand for something you can never get back. I still have the chance to give myself when I choose to because I love that person. You can’t. There are all kinds of rumors how freely you give it away. And now guys are losing interest, so you do and say whatever you need to, to make yourself feel better. Well, it ends here. I don’t care what a couple of sluts think of me because you can’t take away what I have.”

“Don’t even try it, Heather. You’re nothing but tainted sludge. I suggest you get used to the gutter. It’s where you belong.” Bella shoved the three girls aside as if they were annoying flies. She hadn’t even noticed that a small crowd of students had gathered nearby, who clapped as she broke through. Her cheeks flushed with heat. With another deep breath, she made her way through the assembled students.

I truly believe this was the scene that made the reviewer think of slut-shaming. There is one other scene, but it’s toward the end of the novel. And I’m not sure if I would really consider it slut-shaming. Then again, I wouldn’t think of this scene as slut-shaming either. However, I do think it takes an interesting view on bullying.

Obviously Heather has continuously made fun of Bella. But by Bella doing something, instead of standing around and taking it, does that now make Bella the bully? I saw a post yesterday in my Facebook feed that I feel gives a great explanation. And it certainly gives a great response to the whole question: if a victim of a bully fights back, are they in turn considered a bully?

Short answer, no. This means when Bella stands up to Heather, she is not a bully. But she isn’t responding the right way, either. It has simply gotten to the point where she can no longer stand by and do nothing. Don’t think she doesn’t get in trouble. She does. Because, just maybe, she could have stood up for herself and what she believes in without being mean.

Here’s the thing. This particular scene (although fiction) makes Bella human. People have a tendency to point out other people’s flaws, even when they refuse to recognize their own. I’m not perfect. None of us are.

Sadly, we also don’t always know the reason behind the bullying. Let me go back to Bella and Heather for example. Bella offers an explanation as to why Heather picks on her. But is it true? Does Bella have something Heather no longer has? Honestly, Bella has no clue. And what is known about Heather, it doesn’t offer an explanation… yet.

On the outside, it looks like Heather has a great life. She’s gorgeous, head cheerleader, popular, and has a hot boyfriend. So it seems like she has it all, right? How many people do you think you know like this? You’d love to have their life. Now ask yourself: what do I really know about their life?

If you read the opening of Destroyed (Instant Preview), Bella wants some of the things Heather has. Looks, popularity; too bad she has no idea what Heather’s life is really like. Believe it or not, Bella gets a glimpse into Heather’s world in Addicted. Take a glance now. It’s something even my editor hasn’t seen yet. Addicted Preview. 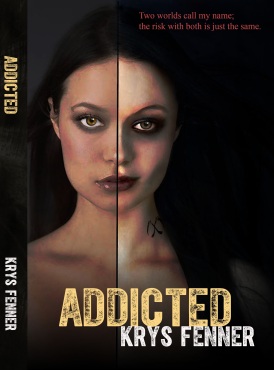 Truthfully, we have no idea what goes on in someone else’s life. Maybe they have abusive parents. Maybe they get ignored or they feel unloved. Maybe, just maybe, they don’t know any other way. So what if there is another response besides fight or flight?