Bet you thought I was going to say girl. Ha! At least I know we’re on the same wavelength. In case you haven’t figured it out, I’m a writer. Yep, I slave away day after day at the computer. Doesn’t mean I’m always writing. That occurs about 20% of the time. Now, I’ve done enough to complete two novels and have started two others. One of those two is nearly completed. That is part of the series I started. It’s called “Dark Road.”

I published the first two. I’m not going to spend time talking about the books themselves. Instead, I’d like to share with you a little bit of my journey. Most first time writers don’t get the luxury of using a publisher. A lot of us self-publish. And sometimes independently publishing works. I’d tried this route on the first book and it hadn’t quite worked out the way I’d hoped. So I took my novel off the shelves. A few months later, I came across  a publisher. I’d tried some agents and they’d turned me down, so I didn’t think anything would happen with this small publisher. But sure enough, the publisher liked my work.

Now, this publisher wasn’t traditional. This publisher identified themselves as a partnership-publisher. I’d pay a set amount for the series and in turn, the publisher would work with me on getting my books produced and assist with marketing. I’d done my homework and researched what it would take cost wise for me to produce them myself. What had been offered, well, it seemed like a great deal. So, I signed the contract. 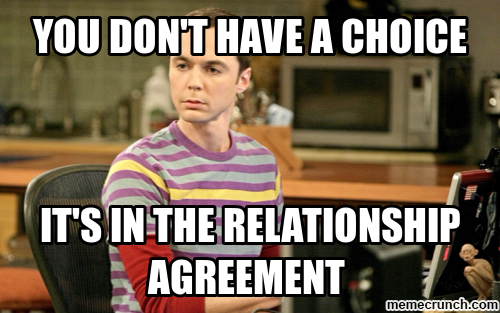 The first two books in my series got published. Things started to go down hill a couple months after the second novel came out. I just hadn’t realized how bad things had gotten until this past March. That’s when I discovered neither of my books had been copyrighted. If you don’t know anything about a copyright, know this. Just because that cute little copyright symbol © is in the novel, it doesn’t mean your work is protected. If I hadn’t filed my works with the Copyright Office, that symbol wouldn’t mean shit. The moment I found out this little bit of pertinent information, I contacted the Copyright Office and started asking questions. If someone reproduced my work without my permission, there wouldn’t be much I could do.

I did two things. First, I filed a copyright for each novel with the Copyright Office. Second, I dropped my publisher due to breach of contract. Too bad, I hadn’t really read the whole thing. When I signed it, I thought everything in it had been standard in the industry. I didn’t bother to have anyone look over it. Like an Intellectual Property Rights lawyer. Which I absolutely should have done!

Probably would’ve done me some good to have read the whole thing too. I certainly would’ve had some questions. Regardless, after I sent notice to my publisher, the lawyers got involved. So I sought out some assistance. Thankfully, I had someone who had my best interests at heart. They kindly pointed out that  there were a few key points that would survive termination. I did what any person in their right mind would do; I panicked. I had no intention of paying the publisher beyond what I’d already done. It didn’t seem right they would be able to collect money off of me if I reproduced my work.

Thankfully, this person helped me draft a reply to the lawyers. Needless to say, everything has resolved itself. I finally have my rights back. I won’t be paying the publisher any part of my future earnings. And I learned a rather valuable lesson.

Next time, I’ll definitely pay more attention before I sign on the dotted line.